skip to main | skip to sidebar

Like some strange old kid with a grey beard he rode the train on Sundays to Atlantic Avenue but unlike any kid he went to pick up his medications. His mind was never quite right since Vietnam. Joey lived in the projects off Ave. W for the past thirty-five years. His hearing was partially blown during a V.C. grenade attack while out on patrol. As Joey spoke his voice had a tendency to rise to alarming levels but he was harmless. He had a real bad form of P.T.S.D., which gave him a jittery nervous twitch. He rubbed his head a lot and looked at the floor after saying something. He was completely calm and stable most of the time. Through his face you knew that he along with a generation of fellas got left behind in those jungles holding onto a whole world of shit. His smile was warm but it never really could hide the scars of war.
He loved talking baseball. Since he had come back home to Brooklyn so many years ago it was the last thing for him that made any sense in America anymore. He held on so tightly to that piece of his youth. It gave him something to focus on and it was its own sort of therapy. He could watch game after game season after season. He organized stats and kept records tracking teams and player careers. He was a walking talking functionally dysfunctional library of baseball. Through the years of doing this he had regained some piece of his humanity. It’s how he was able to connect with people. It eased his mind and kept the nightmares away. It brought a smile to his face and when he got to talk about a game or a player there was no stopping him. His excitement couldn’t be contained and some people got nervous over his explosive joys. But it was only Joey it was only baseball. It was his salvation, the saving grace for an old man who had found heaven and hell on Earth. 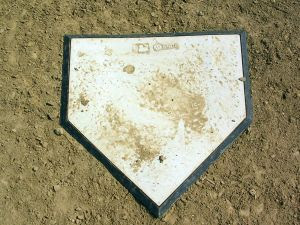 Links and other sites

Danno
Contact: danbina.com Thanks for visiting. This site will no longer get regular updates. I have moved my focus to danbina.com. I live and work in Brooklyn, New York. You will find a range of formal and conceptual approaches I take in my artistic process. This is in order to allow for fluid thinking and exploration in an effort to generate new and fresh possibilities. Please enjoy and feel free to contact me for inquiries. Best wishes, D.